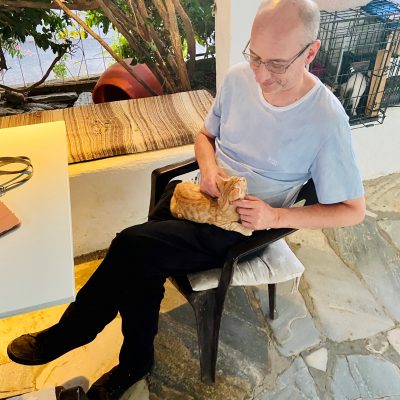 David had lived all his life in London. He studied veterinary medicine at Cambridge and has been working as a small animal vet in Streatham for the past thirty years.

In his surgery he treats mainly cats and dogs, but he also often sees rabbits, mice, hamsters and other small rodents as well as reptiles. David has served as a Councillor in the Borough of Lambeth. He has three children and cats.

David became the Chair of the Animal Action Greece Board in 2021. 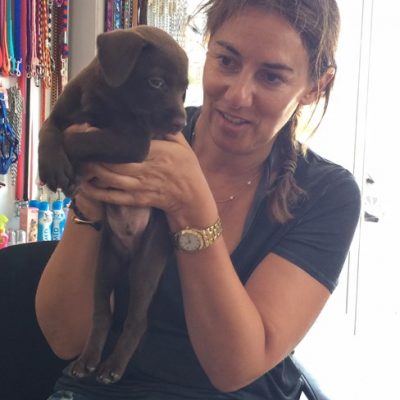 Maria’s professional background is in financial reporting, editing and Public Relations for major institutes both in the UK and in Hong Kong, however in more recent years she co-founded the London based interior design studio, Marlo.

Maria was brought up in Essex surrounded by both horses and dogs and she is the proud owner of Leo, whom she rescued from a life on the streets of a Greek Island. 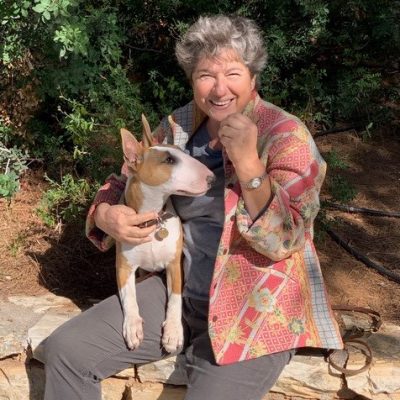 Anna was born of Greek parents, in 1955. In 2007 having lived most of her life in London, she moved to Greece and now lives in central Athens.

Her interest in animals and the environment led her in 2005 to become a founder-member of Chios Nature – a group dedicated to the wildlife of Chios, the Aegean island that her family is originally from. Anna is also a Board Member of MEDASSET (working for the conservation of sea turtles in the Mediterranean).

She contributes principally to the communication and awareness work of the organisations she supports, and particularly enjoys devising innovative educational programmes and games for young people. She has shared her life with her husband, Andreas, two sons, four grandchildren (so far) and, to date, six English bull terriers (though not all at the same time)!
Anna harbours an as-yet-unfulfilled ambition one day to swim in the sea alongside a wild turtle. 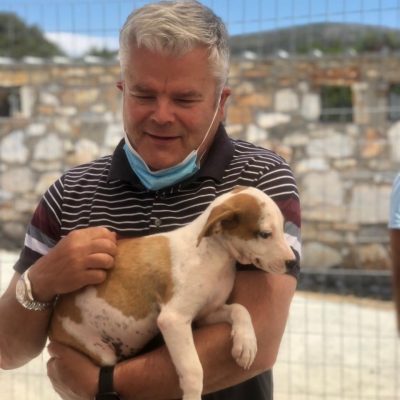 Paul has a life long love of Greece and animals, having been charmed in his youth by reading Gerald Durrell’s ‘My Family and other animals’ trilogy. He also cemented this love when as one of a group of 10 fellow Tasmanian’s he was on a canoeing expedition around the Greek islands, back in 1983. Fast forward to the present, this job allows him to pursue both passions – animal welfare and Greece!

Paul has had a 20 year career in local government, having been an elected local government councillor in Lambeth from 1998 to May 2018, when he stood down. In that time he was Deputy Leader of the council (2014 to 2018), and was a cabinet member with responsibility for Finance for seven years until 2017. Professionally, Paul has wide experience as an accountant and senior manager in both the private and public sectors. He has over his career worked in Australia in the hotel industry, Germany in the Film and TV sector and then for some years in the music industry based in the UK, working for international HQ of PolyGram International, then one of the 3rd largest music companies in the world.

Paul is also the Director and President (of the Board of Directors) of Animal Action Hellas. 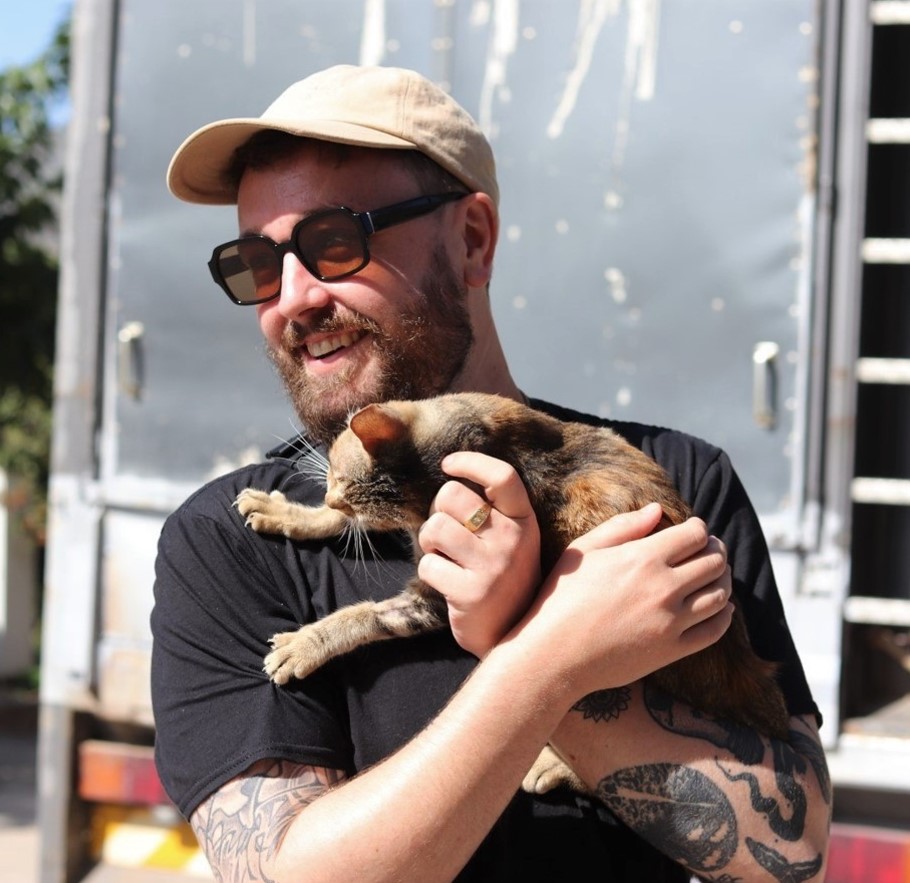 After initially joining Animal Action Greece in 2020, Jon started his current role of Director of Operations in 2022.

He has a BA in Sociology from the University of Sussex and a professional background in music events and hospitality business management, but in the last few years he has dedicated his life to improving the welfare of animals across the globe.

Jon has a particular affinity towards cats but will happily make friends with any animal (and regularly does). 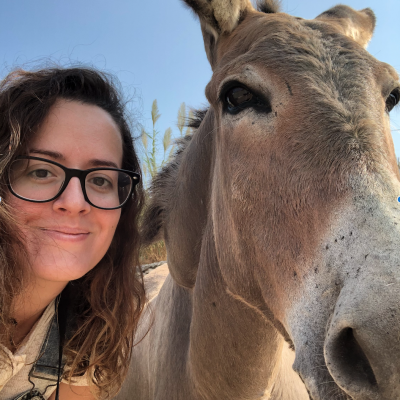 Sophia is passionate about animal welfare and in her spare time she fosters stray kittens. She loves to travel but not as much as she loves cats and dogs. Her spoiled adopted cat Yaya and her two dogs Gus and Kika can confirm this. 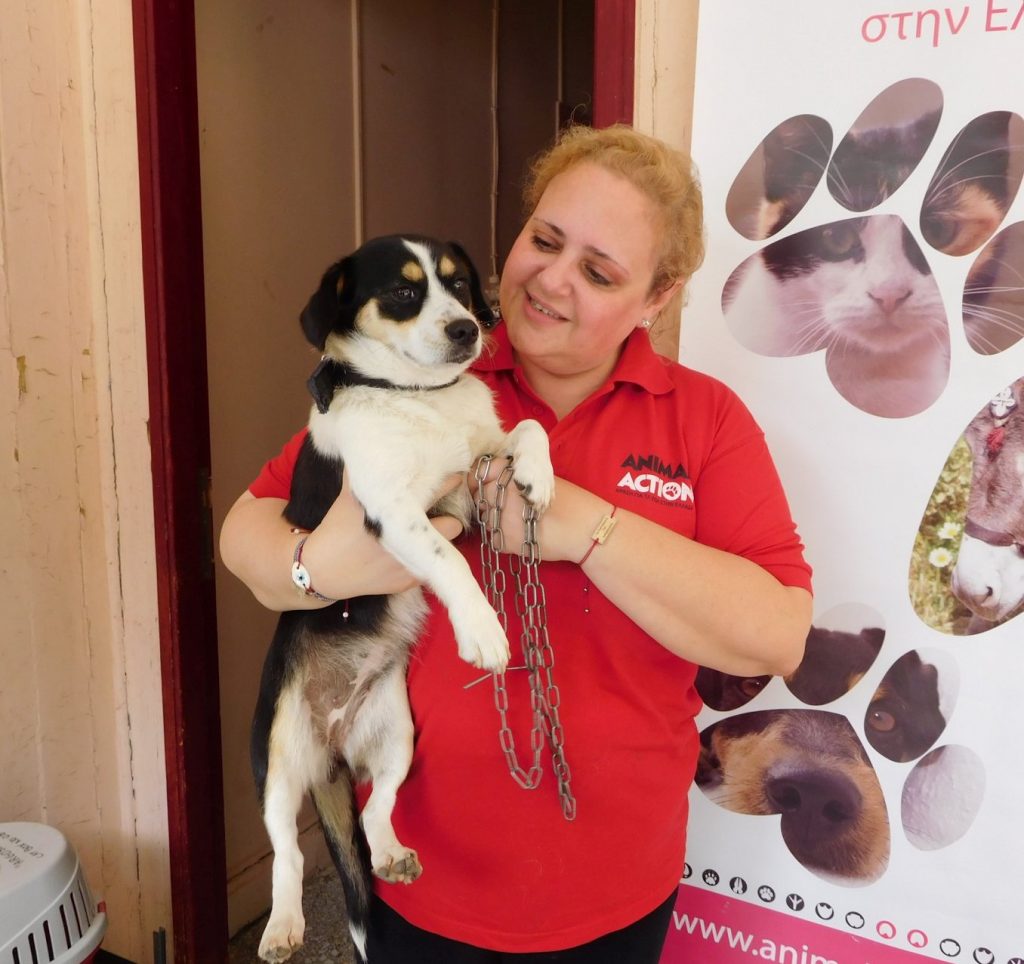 Serafina holds a BSc in Marketing Management from Deree College and a MBA in Marketing Communications from New York Institute of Technology.

After many years of professional experience in a multinational business environment she has decided to dedicate her life to what she loves most – helping animals. She has been a volunteer in the area of animal welfare for almost 20 years and has now oversees our animal welfare programmes.

She lives in Athens with her three rescue dogs King, Claire and Mickey who is also a Pet Therapy dog. 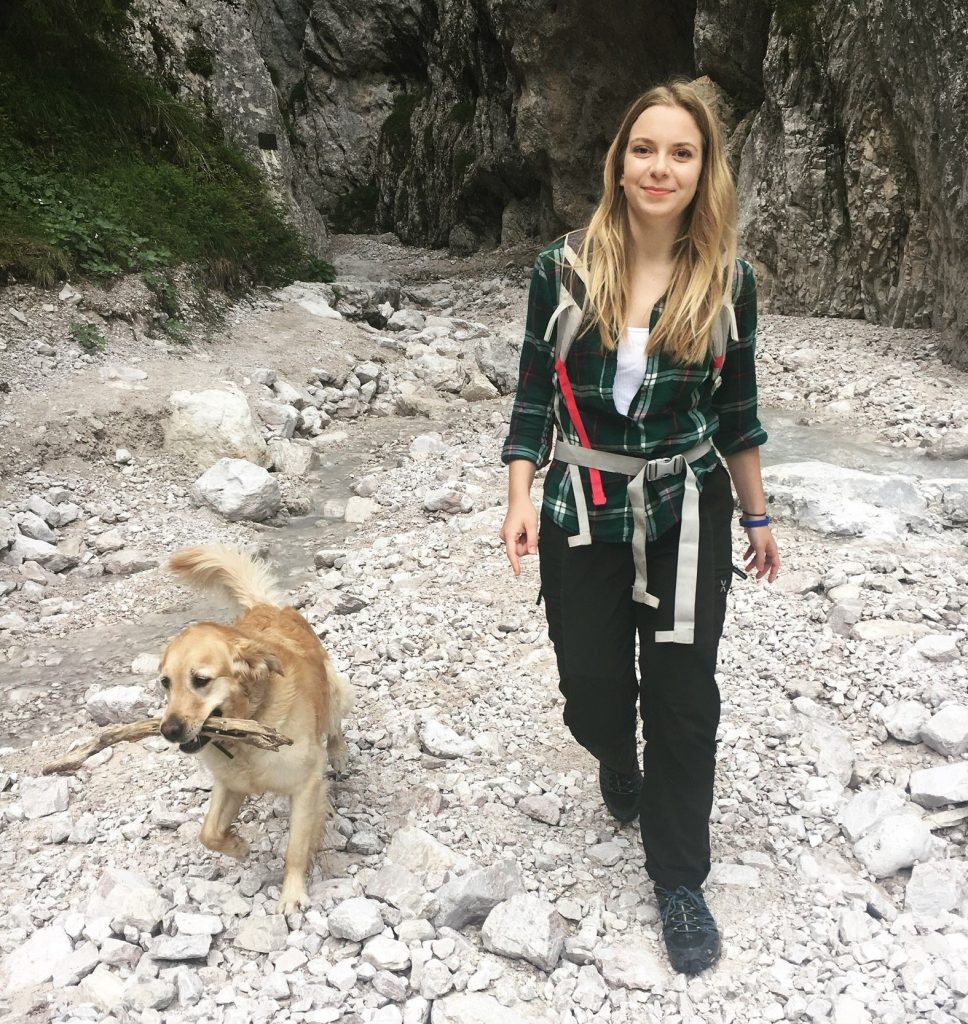 Jada joined Animal Action Greece in Summer 2018 and now takes care of the day to day running of the London office.

She is currently studying Medicine at King’s College London. Her passion for animals began at the young age of 5 with her first pet goldfish, Goldie, and now she adores spending time with her family Golden Retriever, Ben. 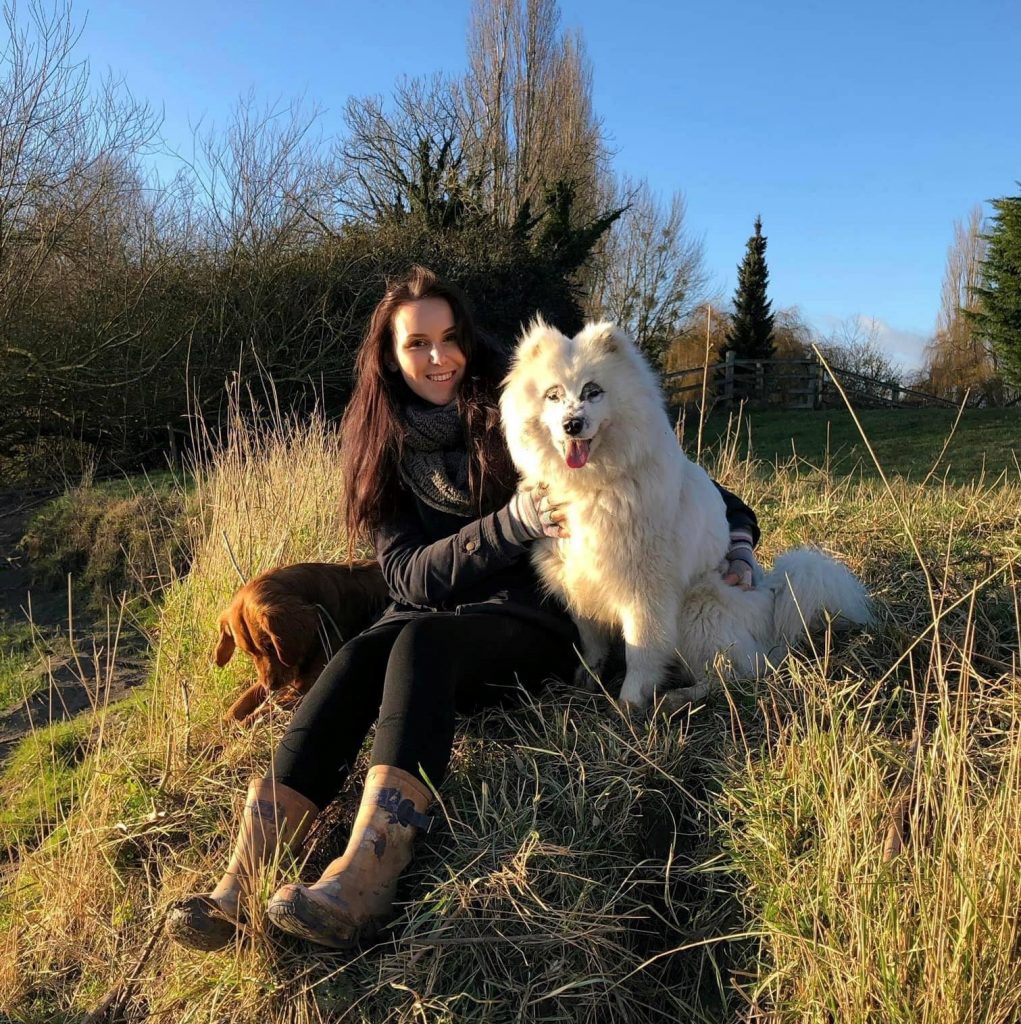 Skye graduated university in 2020 with a BSc (Hons) Animal Behaviour and Welfare.

Since her family adopted four rescue dogs from the Chinese dog meat trade and a Turkish street dog, she has spent most of her free time volunteering at shelters and raising awareness of the importance of animal rescue. Skye is especially passionate about giving special needs and differently abled dogs and cats a chance at life, as her own 2 year-old Samoyed is blind, and he enjoys a full and happy life! 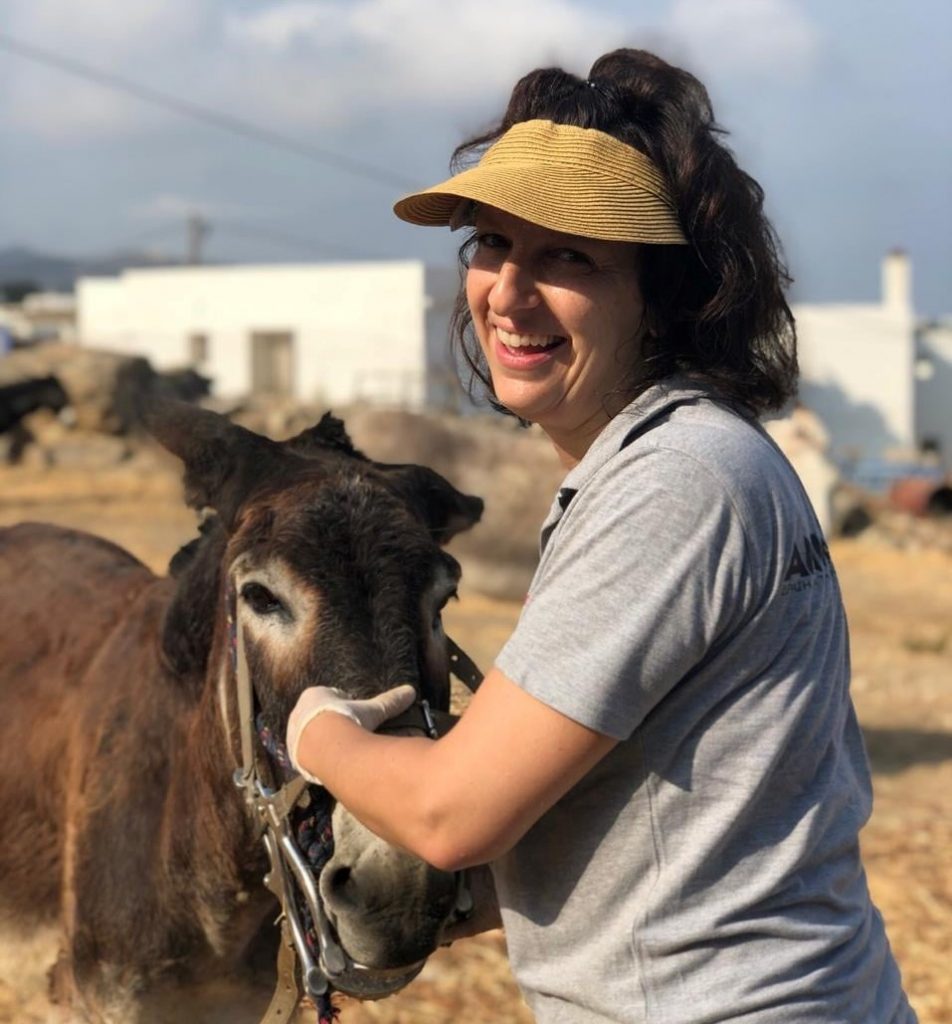 Elisa Geskou is a veterinary surgeon ( DVM, MRCVS), with equine welfare being her focus area. She is the Equine Project Coordinator, as well as an Equine Team Leader.

Her relationship with Animal Action Greece began in 2003, not long after graduating from the University of Thessaloniki, when she applied for a scholarship in equine medicine. Her 12 year old half-local breed horse Floga suffered at that time from serious chronic laminitis and risk of being led to euthanasia when Elisa met Janet Eley, DVM and her recently set up UK Equine Project Team in her first outreach in Leros; it was the Team’s veterinary and farriery expertise, in combination with Elisa’s devotion, that saved Floga who had, since then, a healthy happy life free of pain until the age of 27. 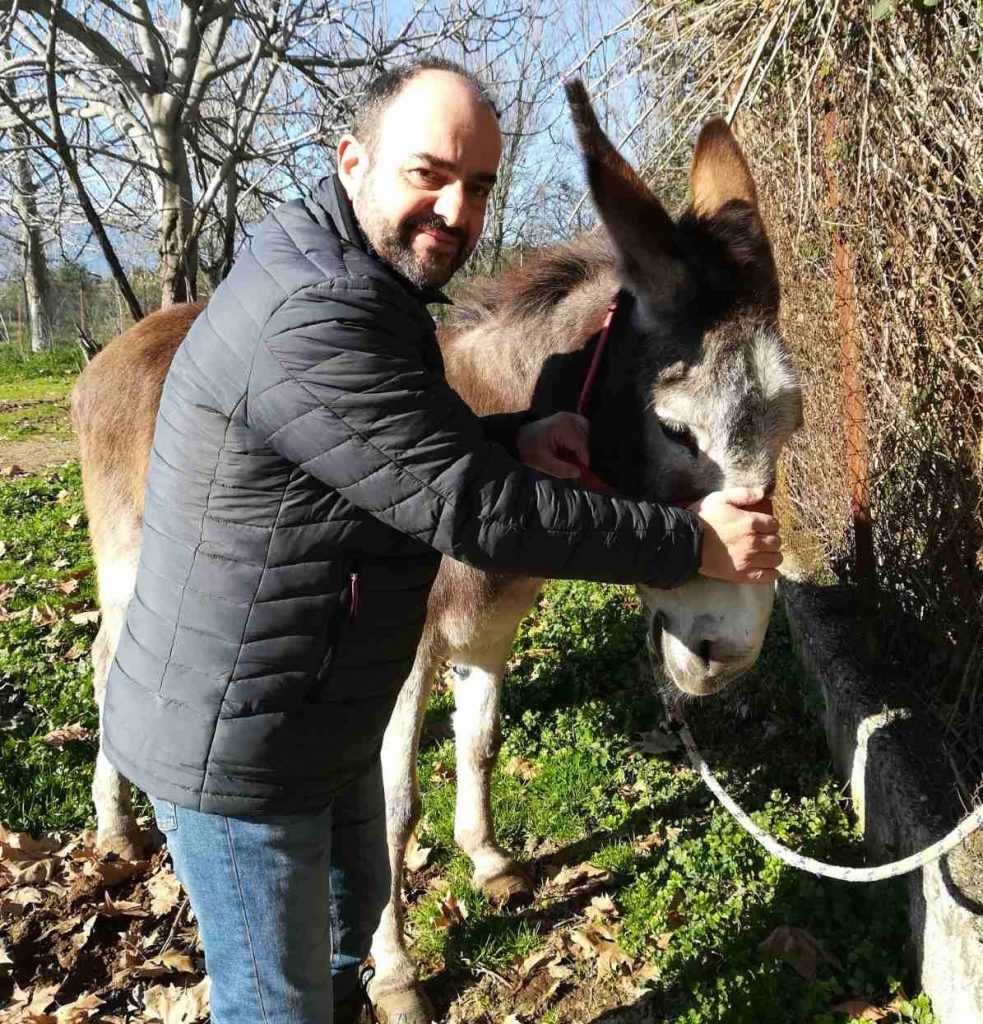 Kostas is a veterinary surgeon with considerable experience in the equine field. Besides being one of our Equine Team Leaders, he has been working more than 15 years in the Stud Farm in Lazarina, therefore his speciality is equine obstetrics. He joined our Equine Team because of his interest in helping working equines in need. 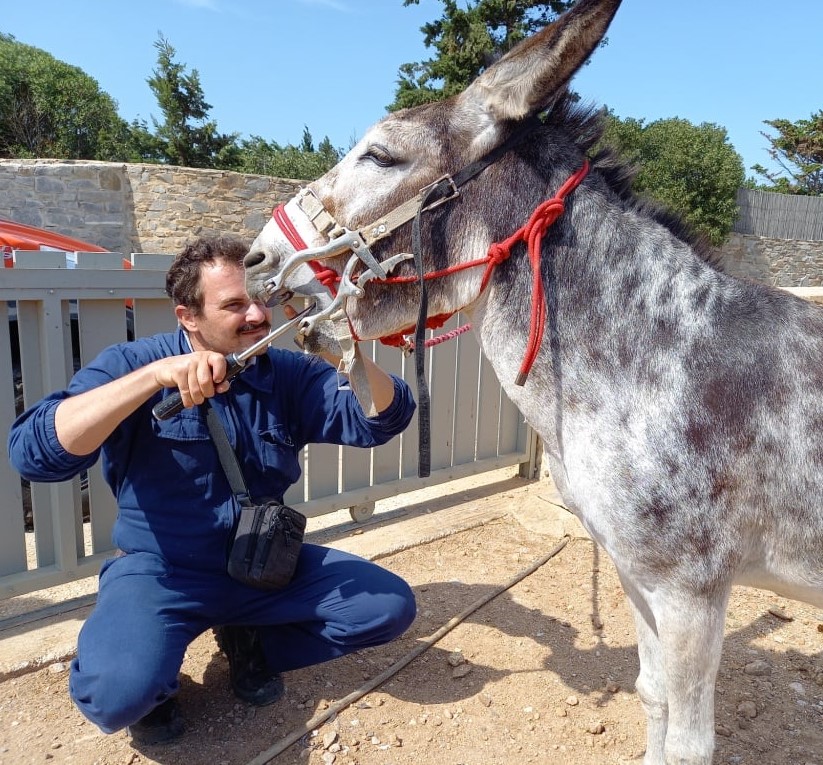 Alkis is an Equine Dental Technician and a professional wildlife biologist (MSc, PhD) specialising in hoofed mammals. After having trained for two years supervised by a veterinary expert and equine dentist, he gained his EDT accreditation in 2016 via ‘Garry Draper’s Dental Training Throughout Europe course’. Since then, he has been a member of the Equine Care Team. 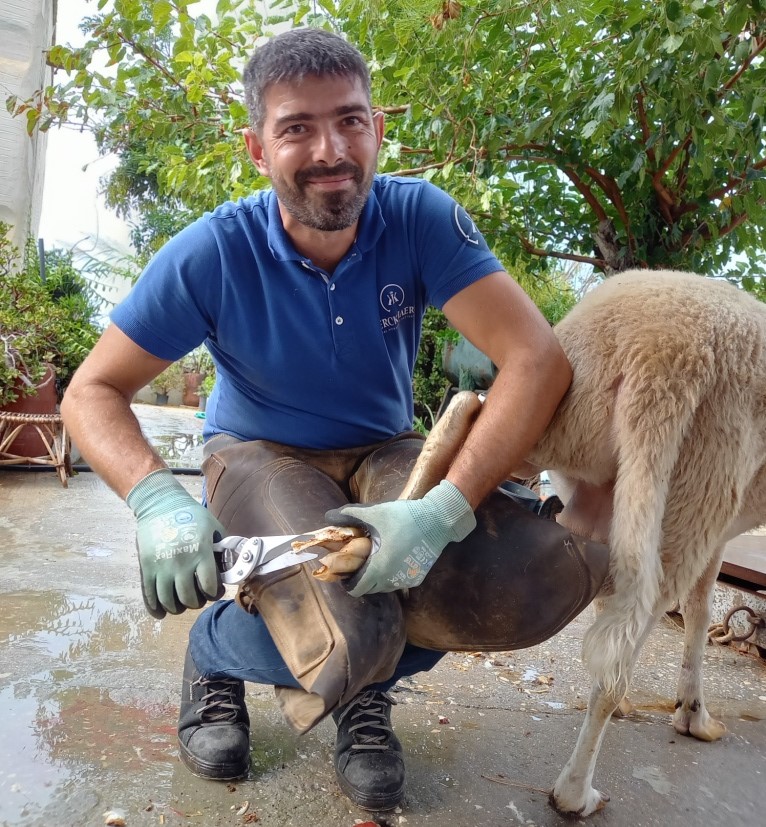 Tasos has been a professional farrier for the last 10 years. In 2010 he went to Arizona to study in the American Horseshoeing school of Tucson. Since 2019 we have been working together and he is a member of our Team. 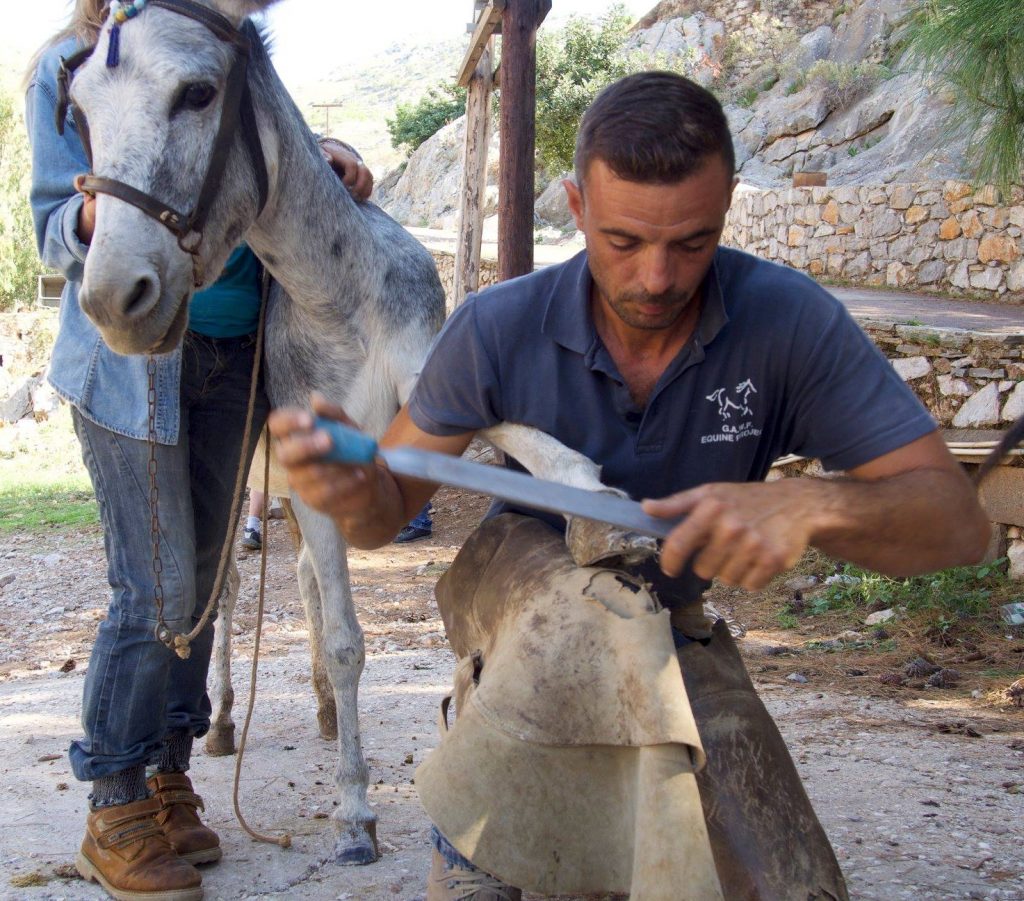 Aris was already a farrier when he met our equine team in 2007, during a training seminar in Crete. He has been our team’s member since then, offering his farriery services to a great number of working equines. 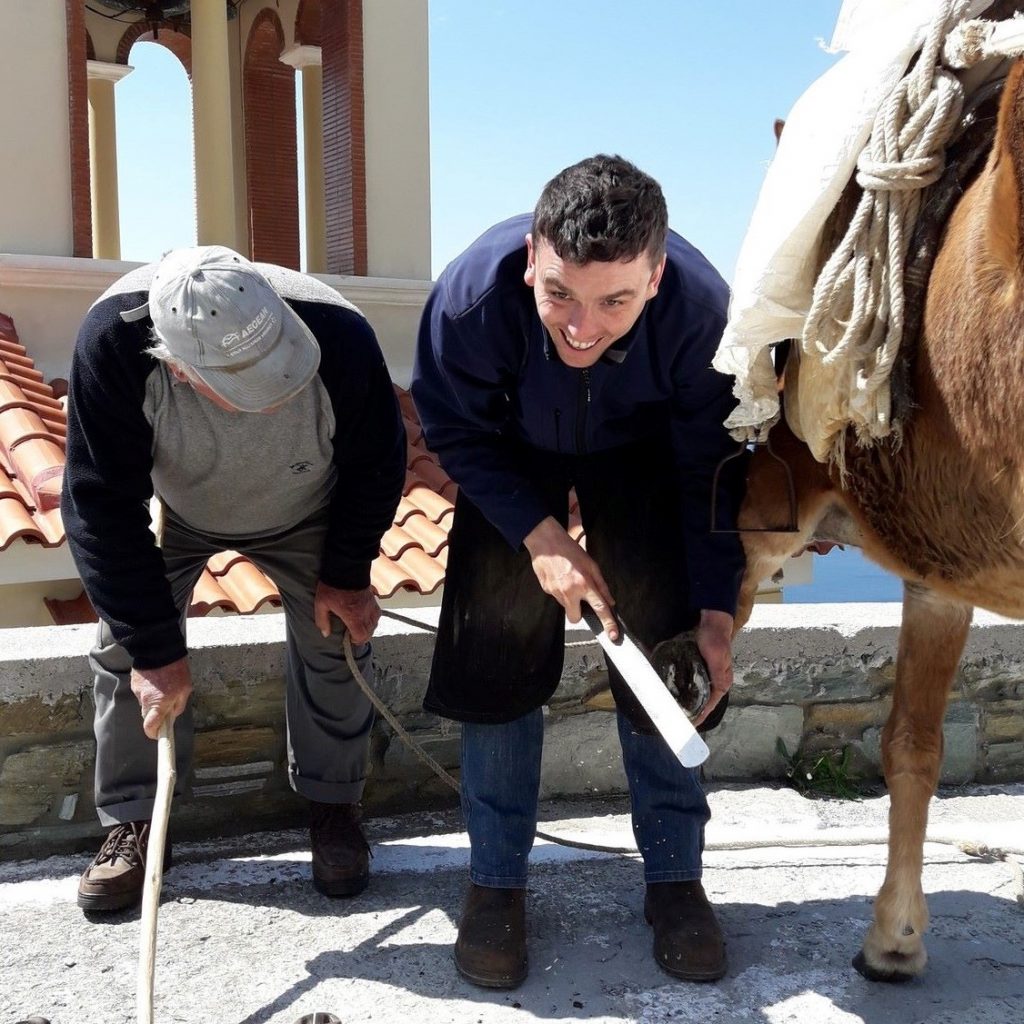 Dom is a UK based farrier who joins our Equine Team’s actions in specific cases, such as farriery seminars, when his expertise is needed. 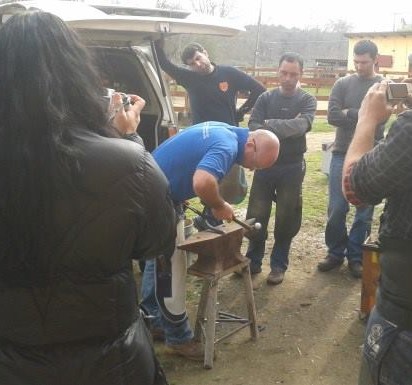 Alex works predominantly as a Farrier in the UK, however he travels to Greece to join our team when his expertise is needed in specific cases.

If you would like to stay up to date with us, please enter your details in the boxes above and click submit to sign up to our newsletter.

Find us on social media:

Manage Cookie Consent
To provide the best experiences, we use technologies like cookies to store and/or access device information. Consenting to these technologies will allow us to process data such as browsing behaviour or unique IDs on this site. Not consenting or withdrawing consent, may adversely affect certain features and functions.
Manage options Manage services Manage vendors Read more about these purposes
View preferences
{title} {title} {title}